skip to main | skip to sidebar

The 19th Step Development Day 13, run through, lighting and dressrehearsals

Yesterday the 19th step research performance began dress rehearsals, we also had a walk through so Mike could plot where the stage lights should be and tried out some ideas for costumes.
The musicians chalk on the mic blackboard which amplifies the sound of the drawing. 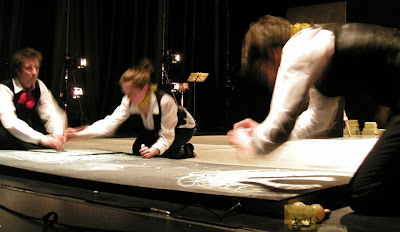 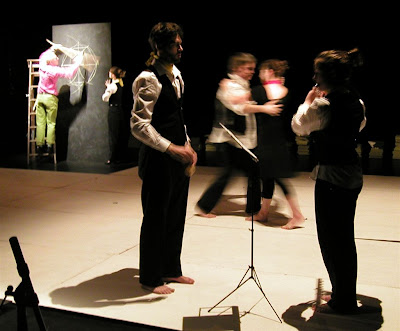 The trio Sarah on flute, Marina and Rose draw their made up alphabet shapes. 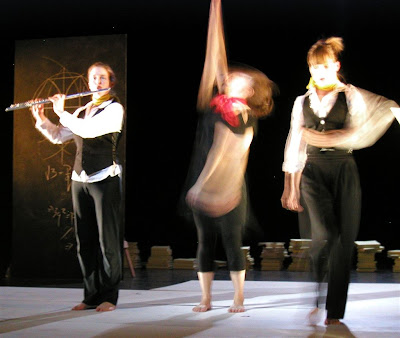 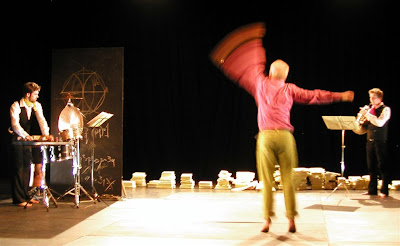 The final moments Rose supporting two triangles constructed by the performers from the dance floor boards, an idea of the Aleph or a false Aleph? 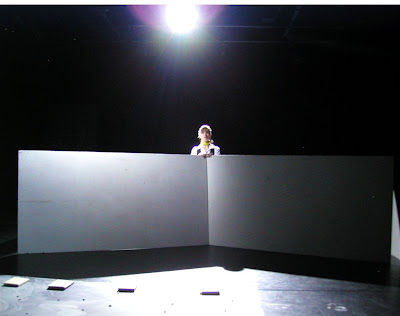 This clip from the 19th step research performance shows couples Scott and Sarah percussion and flute, Marina and Dylan dancing and Rose and Marcus drawing circles and hexagons, also trying out for some costume ideas and lighting cues.

This clip shows a part of the trio, Sarah, Rose and Marina performing the column books part of the research performance.
Posted by kate